One of the many interesting implementations we had the opportunity to co-create this year, is the one for the Madira Spirits GmbH, Switzerland – Swiszle Alpine Dry Gin. The very origin of the company announced that the product, the implementation of which we will face, is remarkable. Swiszle Alpine Dry Gin is an original combination of crystal clear water straight from alpine springs with the exoticism of Indian spices and flavors.

From the very beginning the customer knew how his product should look and that the packaging must reflect the quality and prestige of the content. The photos that the client found on our Instagram came to help. Now it was necessary to combine it into a coherent whole, give the leitmotif and present the visualization to the client. The problem is that the decorative possibilities of the original bottle did not allow it to spread wings, let alone create a premium product.

The first task that we faced was to change the bottle. Those that we presented to the customer are obviously our standard bottles produced in the Dekorglass Tur Glassworks: NANA, ROKU, MIDA. We proposed 700ml capacity for all of them. The customer decided to go with a ROKU bottle. The simplicity of the bottle has been broken by an interestingly designed bottom and a decorative ring crowning the neck of the flask. This bottle fits ideally to the gin produced by the client already creating a coherent whole. 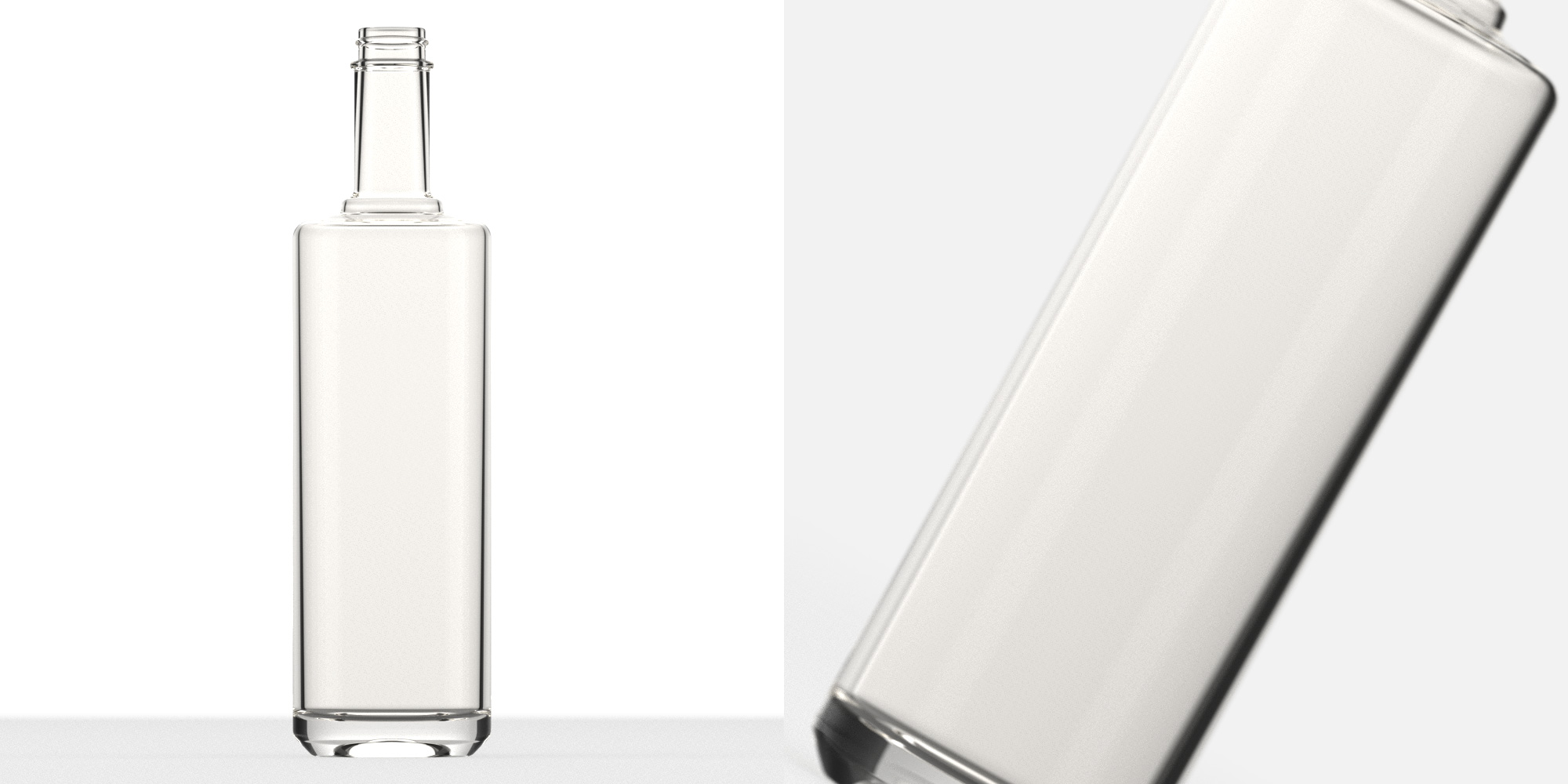 The usual process of implementing a new project involves several face-to-face or online meetings in order to obtain as much information as possible about a given product. It was no different this time. Having the bottle already, we were able to more accurately represent the new ideas, concepts or concerns related to the project. The buyer had a few main points that we were supposed to fulfill. It was obligatory to place the Madira Spirits logo on the front of the bottle. We also had to make a black matte painting and a plant motif referring to the contents. During the briefing we also learned that gin is distilled in copper vats. In our opinion, the placement of the copper color was a mandatory point in the project.

The first tries assumed a safe approach to the subject. We presented the client with decorations of the ROKU bottle with a GPI finish. It had a matte painting with a gradual transition to a clear glass – as in the case of Glenmorangie Signet 700ml, and minimalist single-color prints with the motif of alpine herbs and juniper berries. Company logo and product name were done by using copper hot stamping. The first version assumed the location of the plant theme in the central part of the bottle, in order to hide the place where the black color gradually changes into clear glass. 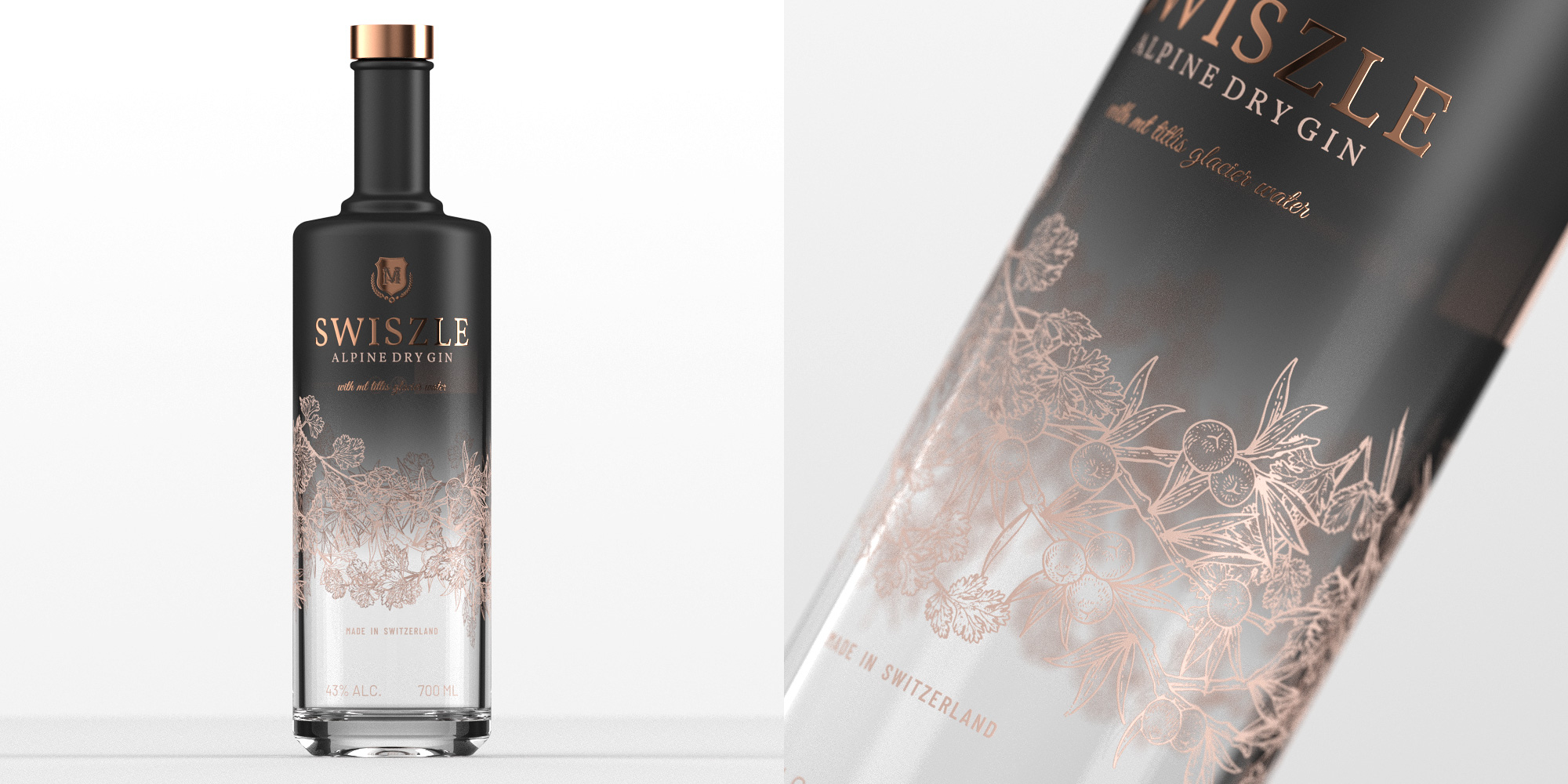 The second approach was the complete opposite of the previous design, presenting the gradient in a more prominent way and lowering the floral decoration to the bottom (clean) part of the bottle. 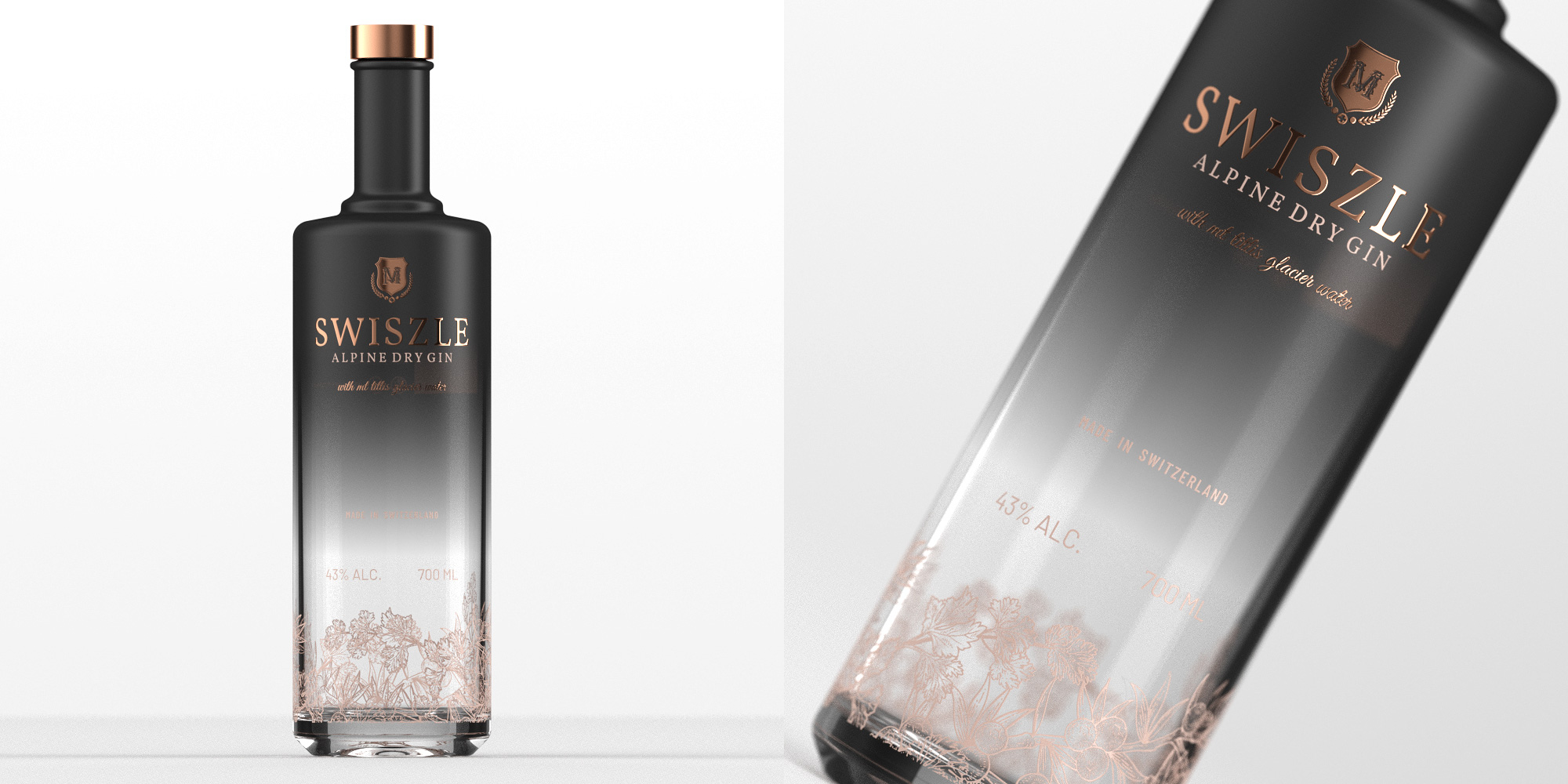 The first option attracted the customer’s attention much more. The second proposal, although equally interesting, did not meet the assumption of trouble-free perception of the color of the liquid. The project was almost ready. However, both us and the client lacked this “something”, the “final touch” to consider the project complete. While browsing our Instagram profile, the client found a bottle with a painting and razor straight  cut off is done by masking the lower part of the bottle. In this way, the bottle gets a clean separation between the painted part and the part left as clear glass. 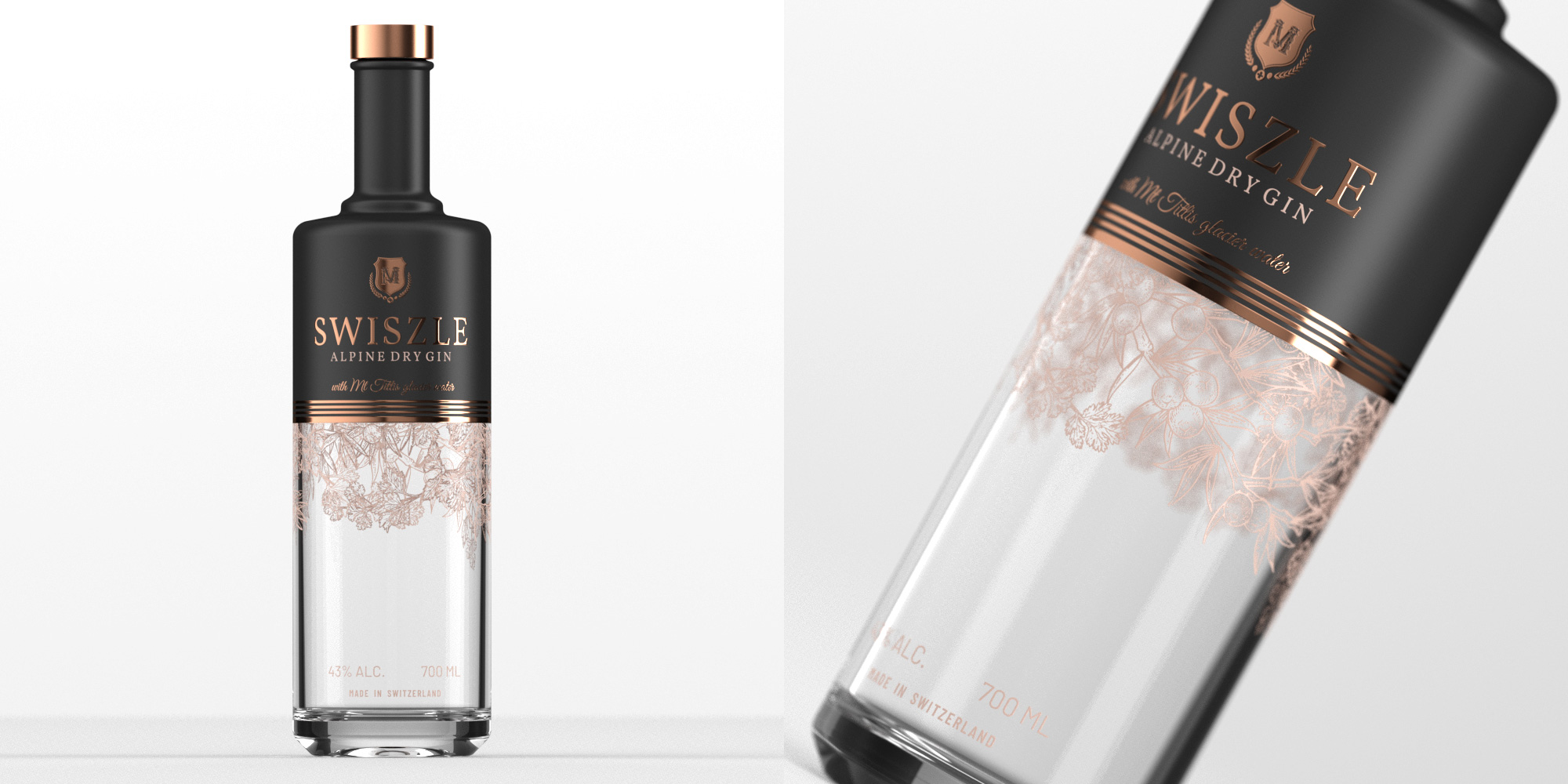 As the project that delighted the client was our own, and thankfully, the budget assumed slight modifications so we were able to adapt it to the client’s needs without any problems. To complete the design, we added lines around the cutoff. In our opinion, they add character to the whole. Thanks to the professionalism and experience of the graphic designer dealing with the project, it was possible to create a concept that was fully accepted by the client. However, it was not the end of the implementation. Initially, the bottle was to be topped with a cap that would match the color of the bottle imprint. The customer was anxious about the time and information from the cap supplier indicated that the availability of caps did not correlate with the product launch date. So we suggested changing the very same ROKU 700ml but finished with a cork closure.

Changing the design to a bottle with a cork finish was easy. To give it an even more prestigious character, we extended the painting all the way to the mouthpiece of the bottle and thus the black stopper was perfectly combined with the bottle. The project was successfully completed. The next step was to model the concept. Thanks to many years of experience of our operators, a few days later, the client had a tangible sample of our capabilities and skills in front of him. Everything was exactly as the client imagined it and no further modeling was needed. The trust that the client placed in us was considerable, because already in the concept phase, here and there he was publishing discreet guidelines regarding the appearance of the new product, and a negative result of modeling or technical problems in implementation would have a significant impact on the credibility of the brand. Now customers can try a new drink from Madira Spirits GmbH, Switzerland themselves and at the same time assess the quality of our decorations.