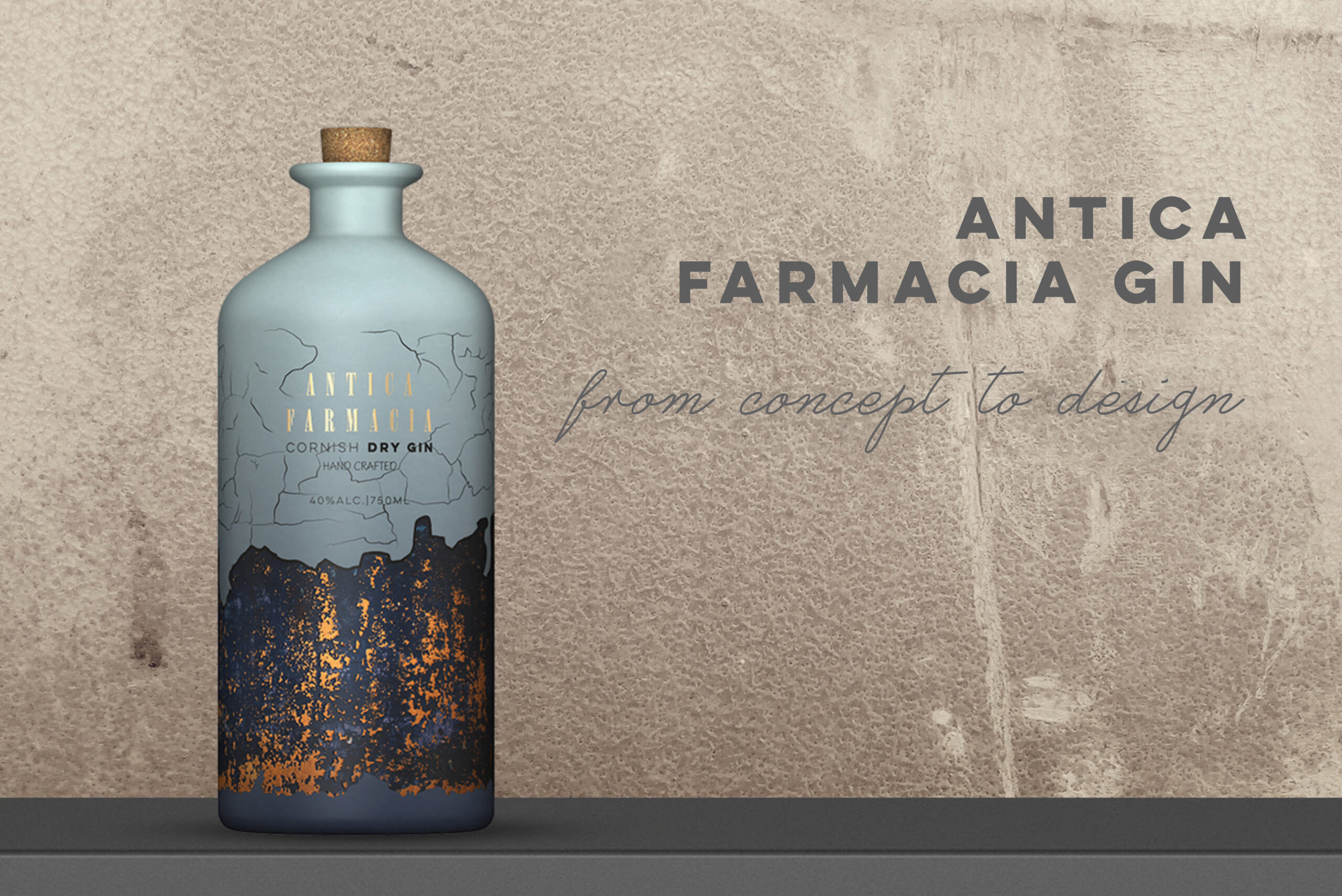 The current world is obsessed with the pursuit of technological news. The advertisements are attacking us while commuting to work. We are overloaded with information coming from everywhere. But sometimes, some of us manage to free from all of that.  And then … We see a wall of an old tenement house, dirty, scratched, cracked, beautiful. We appreciate its texture, the light that extends on the refractions, we can finally breathe fully.

The latest packaging industry trends are showing increased interest in “back to the roots” idea. Old fashioned jars with a aged notes, reminds grandma’s handwriting. Rice in paper bags with a sparingly printed table in which we can find only the most necessary information. We are going in a different direction, we want to teach the society good design, so that shopping in stores is pleasant. Little things ignite a revolution, and this one, for some products,  such revolution would come in handy.

We wanted to create a project that would remind us of the short moments of delight we experience during the day. The idea of an old tenement house wall came up by itself. And with it, problems arose. How to make the decoration imitate texture, cracks, paint thickness? We couldn’t just put a piece of concrete on the glass, that’s not what we meant. We started by looking for inspiration. We looked through dozens of photos and came to the conclusion that we need to start by finding the base color. Why? Because all the photos featured beiges, browns, shades of gold, gray and white. Something that has been too much on the market lately. When the turquoise tint was mentioned, some looked at us with pity. After all, it is a color reserved for something completely different. This can be the sky, the sea, candy, not a piece of a building. We just had to use that color out of spite. 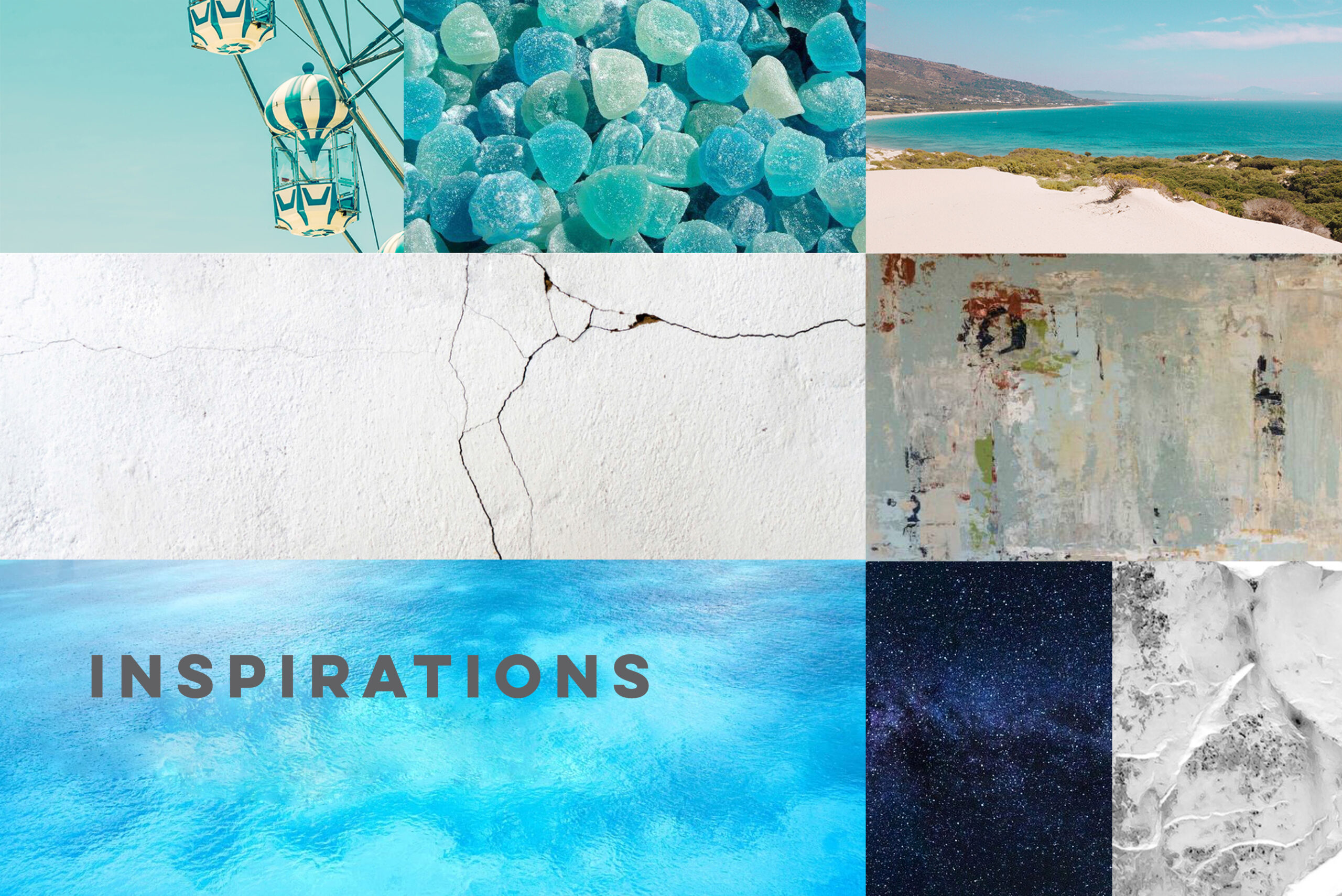 When was the facade of the building well done? The answer is simple: When the color of the basement harmonizes with the colors used on the facade of the building. It is not that easy as it may look, and examples of such poor choices are visible at every step. What color should you combine with turquoise so that it won’t be boring? Dark, almost black, navy blue seemed perfect to us. However, after selecting the palette, we still had questions. Should we cover the whole bottle with texture, or maybe just a part of it? How to show thickenings and cracks at the same time? What to do to make the product reflect light nicely? And above all, what bottle should we choose? In our minds we have already seen the work of our lives, but as it turned out it was just an unspecified visualization. 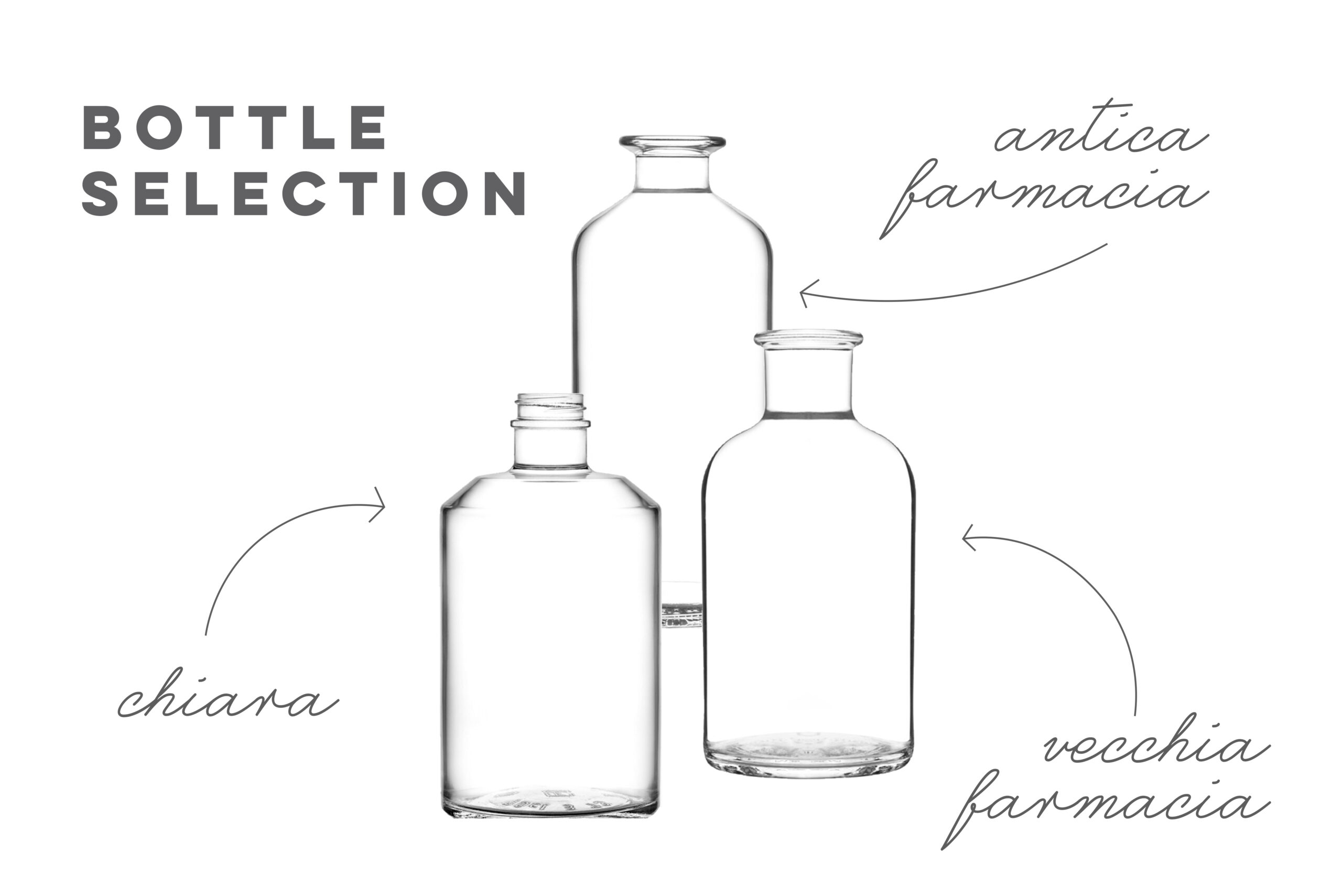 We could, of course, choose the easiest solution and use a tall, flat, square based bottle, which would imitate a miniature building. We quickly rejected this option, mainly due to the distribution of light on such forms. So we have a cylinder bottle left. However, such products are notorious. We had to narrow down our search. The decoration was supposed to cover the entire bottle, so we rejected molds with a thick bottom and decanters. Wine bottles did not fit our concept very much, as they have a small printable area. So we were left with medium-height forms on the rounded base, so that it wasn’t too simple, we were looking for a shape with an interesting, upper ending. We considered three proposals, all from Vetroelite, they were: Chiara, Antica Farmacia and Vecchia Farmacia. We quickly rejected the Chiara as it was a GPI bottle and had a very dominant top. There were two options, quite similar, both of which are associated with pharmaceutical vials. We chose Antica Farmacia. The large print area and interesting, though not unobtrusive, neck convinced us. We liked the name of the bottle so much that we decided to make it as a brand of our product.

Turquoise, navy blue and references to pharmacy meant that the choice of alcohol could not be anything but gin. 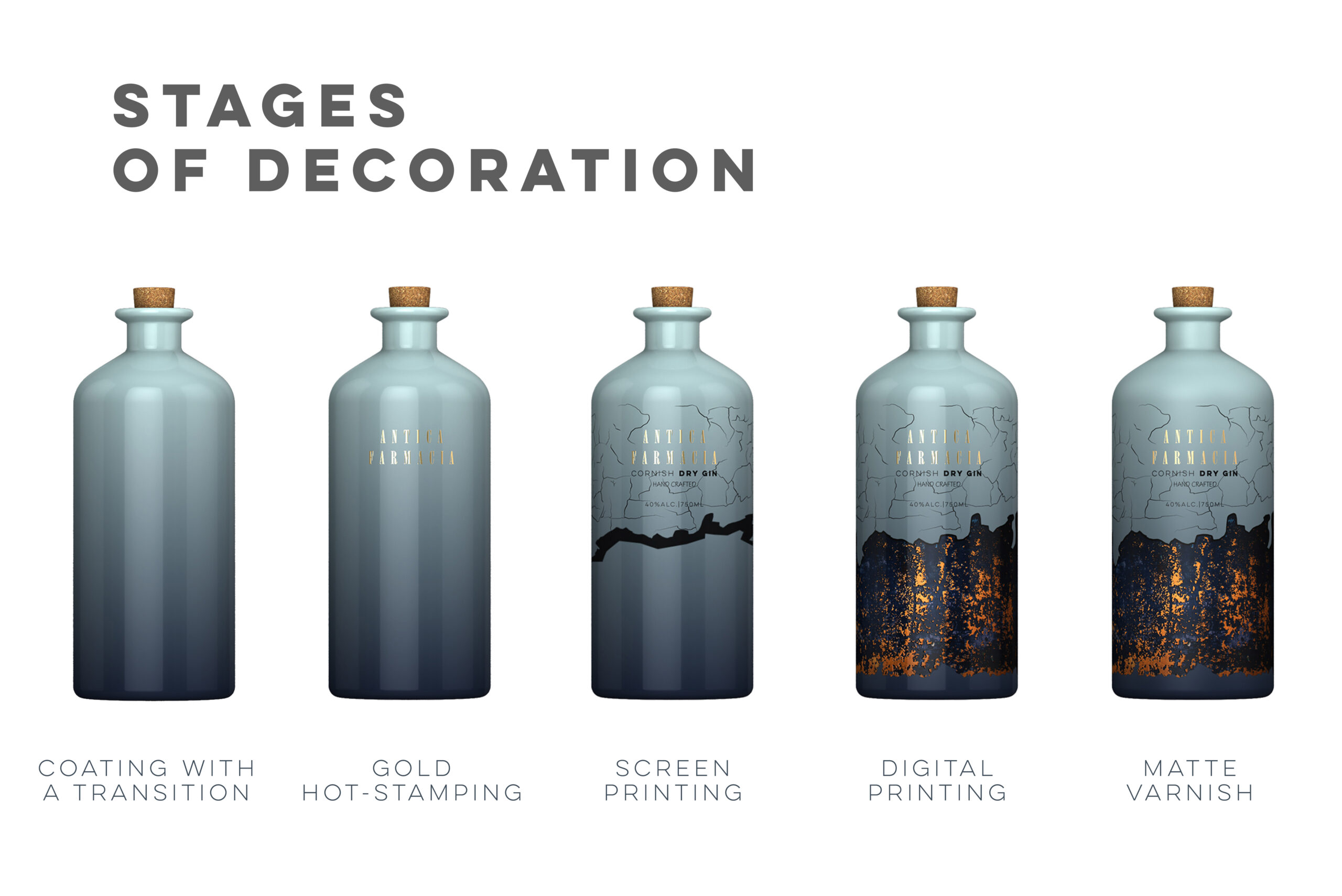 It was time to face it and put it all together to finished alcohol product. Ultimately, we decided to paint the bottle in two colors, turquoise at the top of the mold and navy blue at the bottom, to move the center of gravity there. As a result, the product appears to stand firmly on the shelf. We obtained the effect of the old wall using digital printing. We placed it on a dark coating and additionally highlighted it with dark screen printing, thanks to which the bright points of the graphics immediately attract the consumer’s attention. Black screen printing has also been applied to the top of the bottle, leaving the illusion of a cracked structure. To emphasize the name of the product, we used golden hot stamping foil. The culmination of the whole was matte varnish, which gave the product a non-obvious glow. The way the light spreads over the cracks gives us shivers.